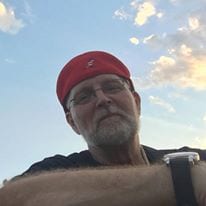 Robert has been a professional in the music industry for over forty years. He has worked as a performer, teacher, and composer/arranger. As a performer he backed up such artists as Lionel Hampton, Debbie Reynolds, Mel Torme, and Ella Fitzgerald.

His theater credits include more than forty shows from Community Theater to Broadway, and he has worked as a musical director and a copyist on TV commercials for Kool Aid, Honeycomb Cereal, and WCBS Radio.

Robert holds advanced degrees in Percussion, Composing & Arranging from the Grove School of Music in Studio City, California. And he has studied music extensively in the United States along with master classes at Westminster Choir College.