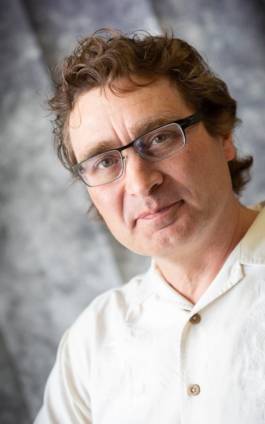 Andreas returned to Durango and  Fort Lewis College in 2016 after a two-year stint in San Francisco with two-time Grammy Award winning ensemble, Chanticleer. He has taught vocal private lessons at Stillwater Music since 2019. Prior to that, he served as Executive Director for the Santa Fe Desert Chorale and as Professor of Music at the Santa Fe University of Art and Design, the New Mexico School for the Arts, and the College of Music at Florida State University – the third largest music school in the U.S. Dr. Tischhauser previously served as principal flutist of the Santa Fe Symphony and Cincinnati Civic Orchestra, as well as singing with the Santa Fe Opera, Santa Fe Pro Musica, and the Santa Fe Desert Chorale. While enjoying a Classical background, Andreas also enjoys a spicier side, having worked as a stage performer, and was last seen in Santa Fe Reps production of Company (2010) and Follies (2014).  Turning completely toward popular idioms, Andreas, in association with the Santa Fe Desert Chorale and Deke Sharon – NBC’s music director for The Sing Off – created New Mexico’s first professional vocal a cappella ensemble, Voasis. Andreas has had the pleasure to work with some of the finest musical minds of the last century including Mandy Patinkin, David Brubeck, John Corigliano, Sir Collin Davis, Bobby McFerrin, Yo Yo Ma, Helmut Rilling, Garrison Keillor, Robert Spano, James Galway, Philip Glass, and Robert Shaw. Most recently, Andreas was seen at the Strater Hotel’s historic theater as a judge in the 2019 Durango Voice.