You are here: Home / Board / Laura Wenger
Secretary - Stillwater Board 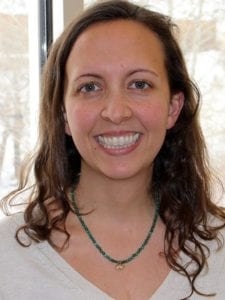 Laura is originally from Ft. Lauderdale, FL, where she developed a passion for music early on as a child while sitting underneath the grand piano while her father played anything from classical to contemporary music. She earned her bachelors degree from the University of Florida in TV & Film Production in 2006 and earned her Doctorate in Physical Therapy from the University of Utah in 2013, with many adventures in Colorado, Washington state, and Utah in between.

Laura has lived in Durango since 2014 with her husband, Patrick, and young son, Silas, and is a physical therapist at Tomsic Physical Therapy, where she teaches people how to move better and with less pain on a daily basis. She is excited for the opportunities her young son will have growing up in Durango and looks forward to him joining Stillwater groups as he gets older. Laura continues to play the piano and guitar at home whenever she gets the opportunity and when she is not outside enjoying the outdoor adventures that southwest Colorado has to offer.