You are here: Home / Board / Daniel Gottlieb, Vice President 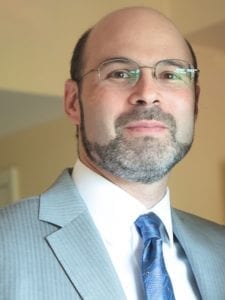 Daniel Gottlieb moved to Durango in 2016 and works as the Chief Investment Officer for the Southern Ute Indian Tribe.  He previously worked in Chicago as the Chief Investment Officer of a private investment partnership and has also worked in the arts as a staff member of The Juilliard School and the Saint Louis Symphony, and as a project manager for AMS Planning & Research, a consulting firm dedicated to the arts and culture.

He has performed on the cello in community orchestras and sang in the Saint Louis Symphony Chorus. Daniel is the only member of his family who does not perform in a Stillwater band – his wife sings in Groove Casters, his oldest sings in Vox Harmonix, his youngest plays in Superbad and both kids play in the Stillwater Allstars.  (Their dogs seem to lack musical talent, but they make up for it in cuteness.)